← VIDEO: Gisela states the case for an elected mayor – “By the people, for the people”
City Council salaries revealed: 63 chiefs share £3m, while hundreds on little more than minimum wage → 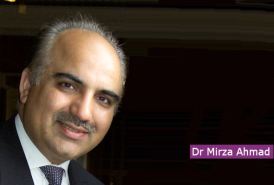 Former Birmingham City Council legal executive Mirza Ahmad has  confirmed one of the worst kept secrets in local politics – he will run as an Independent candidate for elected mayor, if the May referendum delivers a yes vote.

Dr Ahmad chose Twitter to state that it was no longer the case that he may put himself forward, but that he ‘will stand’ if the poll on May 3 delivers a clear vote in favour of replacing the council leader and cabinet with a mayor.

In an exchange with blogger Politics in Brum, he declared: “Underestimate the Independent candidate (s) at your peril”.

The statements are in contrast to Dr Ahmad’s previous position, as set out in the Chamberlain Files, that whether or not he would stand was an inappropriate question in advance of the referendum. However, he did couch that with words familiar to generations of politicians, that if friends and colleagues asked him to consider…..then he’d have to think very carefully.

Dr Ahmad said: “There has been a significant change in my position. I hope that the people of Birminghamwill vote in favour of having a mayor, and if they do I will be a candidate.”

As Corporate Director of Governance at the city council until last summer, Dr Ahmad was the local authority’s chief lawyer and in charge of a department of 800 people. However, he lost out in a power struggle when a reorganisation of top jobs saw the new role of Strategic Director of Corporate Resources go to Paul Dransfield instead.

He quit the council in July 2011 to establish a private law practice at St Philip’s Chambers in Birmingham. He also set up and owns a private consultancy practice.

Dr Ahmad told the Chamberlain Files last month that if he did run for mayor it would be on the basis of “putting Birmingham first” on a non-party political stance. None of the main parties represented all of his views and were in any case likely to select “the usual suspects” as their mayoral candidates, he added.

He issued seven guiding principles that would run through his mayoralty, including doing more to help businesses, encouraging a culture of self-belief and investing in youth. He also promised to “improve the top 100 things that matter to Birmingham citizens by one per cent within the first year”, adding that he would reveal the list “at the right time”.

Few people in Birmingham will give Dr Ahmad much chance of becoming the city’s first elected mayor. There are those at senior levels in the Labour party who believe the title is theirs for the taking, and that is not much more than a matter of deciding who the party’s candidate will be.

But as Chris Game pointed out on this site, Independent candidates do have a habit of springing surprises in mayoral elections, particularly in 2002 when voters in Hartlepool, Middlesbrough, North Tyneside, Watford, Bedford, Mansfield and Stoke elected Independents. The fall-out, particularly in the Labour strongholds of the North-east, probably put the party off elected mayors for almost a decade.

If the people of Birmingham are fed up with “the usual suspects”, as Dr Ahmad refers to city council leaders, then there could be an appetite to get behind someone who can present themselves as a unifying, independent force for change. Whether Mirza Ahmad is that person remains to be seen, although his period at the city council will be remembered for astonishing single-mindedness and a firm belief that he was right and others were wrong.

He did not always make himself popular, delivering legal rulings that although correct in law were not necessarily to the liking of council leaders. He wrote the city’s post-2000 Local Government Act constitution, which the politicians ordered to be amended once Mirza had left.

If Dr Ahmad is serious about running a viable campaign, he will have to come forward with a list of key supporters who can give credible backing to his “non-political” stance. Only then will we be able to judge the chances of an Independent bandwagon taking off.

While Dr Ahmad’s hat is well and truly in the ring, confusion abounds over whether Liam Byrne will declare as the fourth Labour contender for mayor of Birmingham. The Hodge Hill MP is refusing to return calls on the subject, even though stories have appeared up in national newspapers suggesting that he will join Sion Simon, Sir Albert Bore and Gisela Stuart in seeking the Labour nomination.

I spoke to someone extremely well connected in Labour circles who said he had asked Byrne outright when he would clarify the matter. The reply was “May 5”, which is the day after the result of the referendum on whether Birmingham is to have a mayor will be known.

As you might expect, the rumour mill among left-leaning Brummies is going at full tilt. Here are the latest claims in no particular order of prominence:

And then there is the scenario put to me by a very senior Labour politician a year ago, that those close to Ed Miliband were not convinced that Sion Simon was a “heavyweight enough” candidate for mayor of Birmingham and that someone else would emerge. Who, you might ask, could that someone else be?